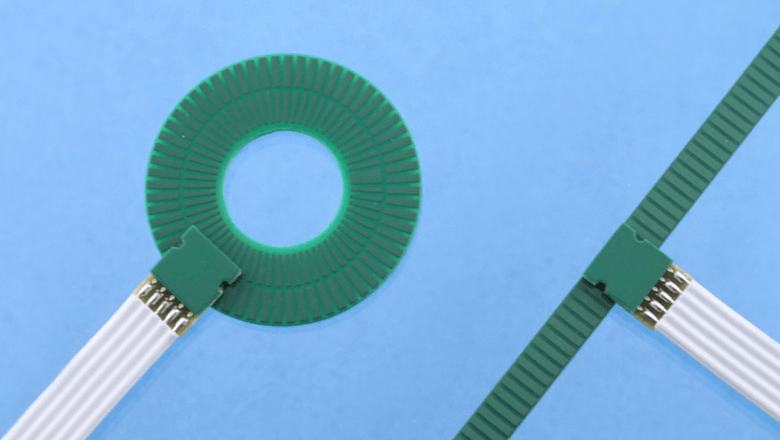 An inductive encoder measures a displacement relative to a target. The displacement is translated into a movement. Such a linear encoder accurately detects a measurement between 5 and 15 µm (micrometer) contactlessly and is not sensitive to external (electro-) magnetic fields. In addition to inductive encoders, other technologies are also available. It can be quite challenging selecting the right technology. Which encoder is best suited for your application and environment?

The inductive encoder is still not yet well known by R&D engineers. This is remarkable given that this robust technology may be a good choice for your application. The miniature encoders work well in polluted environments and at high temperatures up to 125 °C. In addition, these have an attractive price advantage in contrast to optical and magnetic encoders.

How does an inductive encoder work?

An inductive encoder detects a linear displacement or rotation relative to a target. This type of sensor reacts to the presence of ferromagnetic or electrically conducting metal in a target. The rotary or linear encoder contains a transmitting coil, which contains four receiver coils. The transmitting coil generates an electromagnetic field.

This field is manipulated under the encoder when a copper object (an electrically conductive metal) enters the electromagnetic field. The receiver coils detect this manipulation and converts the measurement into a movement. In other words, it is a digital output signal.

The encoder is moved over a target with copper markings that are placed in a repetitive pattern with a ratio as follows: the width of each marking is two thirds and the width of the gap is a third. Together, these dimensions make up the period length. The system converts the movement into an analog signal in the shape of a sine and a cosine. The analogue signal is then digitized in the encoder in the shape of a square wave.

Interpolation reduces the relatively large period step (1.2 mm) to multiple small digital steps. With an inductive encoder, the interpolation can even achieve resolutions smaller than 1 μm.

It is possible to choose between a linear or rotating encoder system depending on the desired movement. 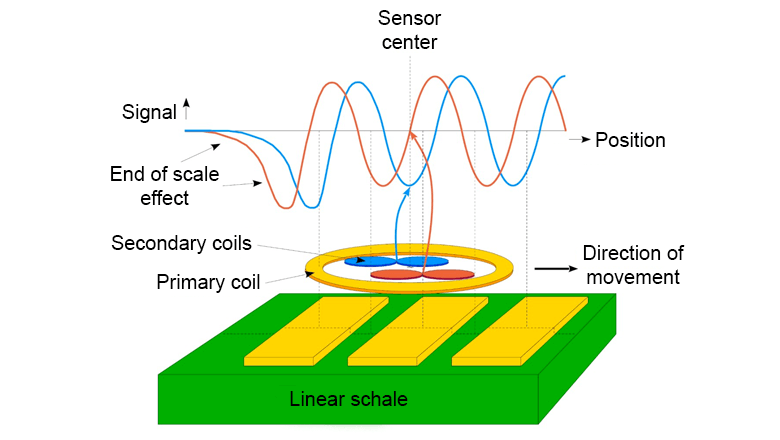 The inductive encoder moves over a target with copper markings. The linear encoder converts the movement into an analog signal.

One manufacturer that makes use of this technique is our partner POSIC. They specialize in the development and production of inductive encoders.

Semiconductor technology is used when manufacturing an inductive encoder. Thanks to this technology, the system is small in size and has high measurement accuracy.

5 advantages of an inductive encoder

You can determine which technology is suited for your application based on the environmental factors. Whether you are looking for a rotary or linear encoder, the five reasons to opt for an inductive encoder are as follows. 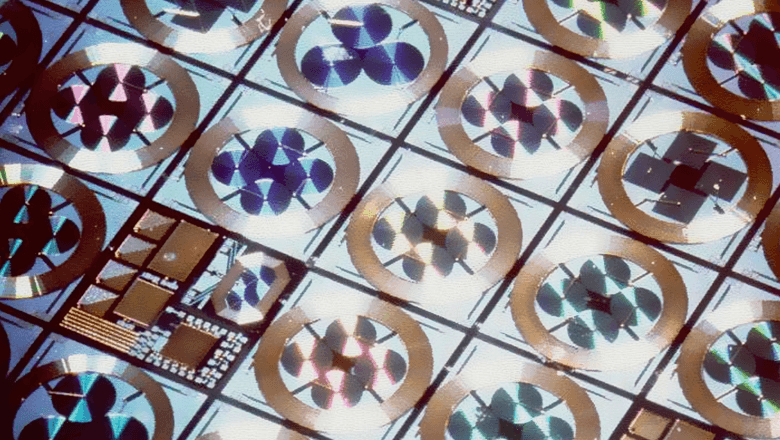 The characteristics of an inductive encoder are as follows:

A inductive encoder is suitable for a variety of applications. You will often see encoders used depending on environmental factors, such as external interference from (electro-) magnetic fields and polluted and moist environments.

An inductive encoder can measure rotation in an electric motor. It detects the steps of the rotation and feeds this back to the motor controls.

As stated earlier in this article, this encoder is suitable for electric motors due to its insensitivity to external (electro-) magnetic fields.

Thanks to its low power consumption and small size, an inductive encoder may be a good match for a mobile device powered by battery. This is why this technology is used in applications, such as gyroscopes. In such an application, the encoder registers the position and provides feedback.

Gyroscopes are often used in polluted environments, such as building sites. The pollutants do not affect its operation because the encoder is not sensitive to dirt. In addition, the high resolution provides extremely accurate measurements.

An inductive encoder can also be used to automate the zoom feature of a camera. It detects the position of the motorized zoom.

For this application, it is important that this type of sensor is small in size. A cylinder-shaped target is used because of the rotating movement.

Directly measure on a gear

The rotation of a gear can be directly measured on the gear without the necessity of a target. In this case, the gear must be made of ferromagnetic steel. Interpolation can also be used to reduce the resolution to up to 16,384 times per tooth. 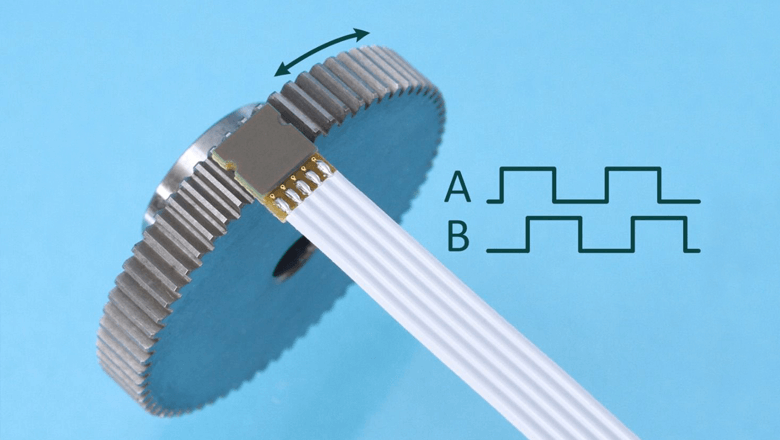 In addition to inductive encoders, optical and magnetic encoders are also available. The three types of technology are used for very similar purposes. All three detect a displacement relative to a target. These differ in accuracy, robustness, and pricing.

Optical encoders detect using light. The target contains contrasts of dark and light (reflective material). A light source moves over the target and the light signal is converted into electronic voltage pulses.

The measurements obtained using optical technology are more accurate compared to inductive technology. However, these devices use light, which makes these sensitive to dirt. This makes optical encoders less suited for use in polluted conditions. However, chromatic confocal can be used if you want to check a position to a resolution down to the nm (nanometer).

With magnetic encoders, such as (MR) Hall sensors, the target is built up using permanent magnets. The encoder measures the displacement using the electromagnetic field of the target. The system uses magnetism, which makes these devices sensitive to dirt.

Magnetic encoders are sensitive to external (electro-) magnetic fields. Such fields interfere and cause problems, such as measurement errors and re-magnetizing of targets.

Is an inductive encoder suitable for your application?

An inductive encoder can be used in a great variety of circumstances. This type of sensor is unaffected by factors, such as dust, moisture, oil and external (electro-) magnetic fields.

Does your application require a robust technology that detects accurately and contactlessly? 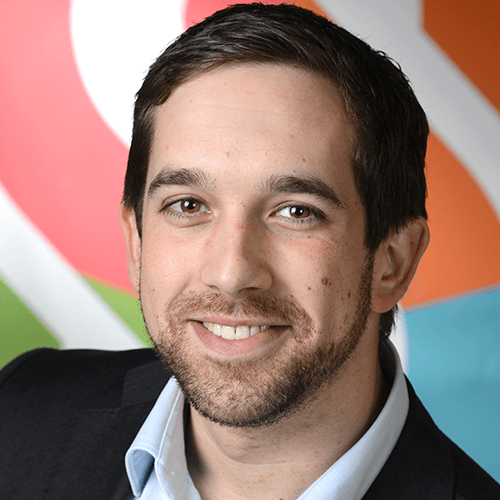 "When environmental conditions such as dust, moisture, oil and (electro)magnetic fields from outside are involved, this robust encoder can be the solution." 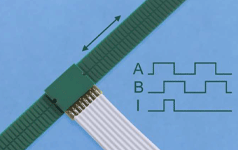 Do you want to know some technical information about this encoder? This PDF (374kb) will inform you immediately about all features!