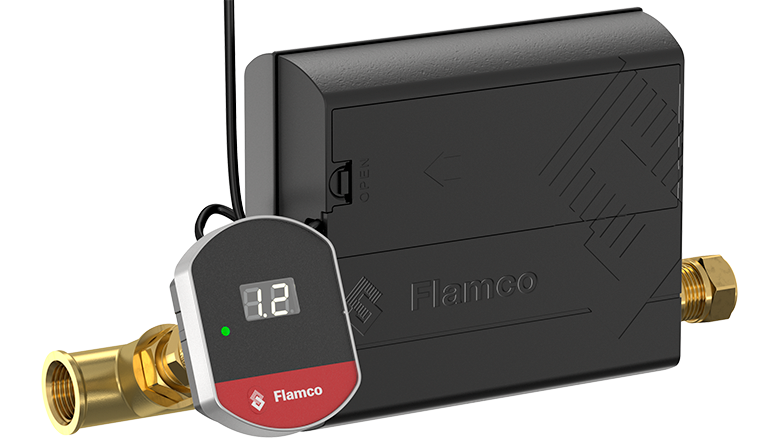 A smart pressure sensor with an EMC filter fitted in Flamco’s Flexcon PA proved the solution to a major problem faced by central heating engineers: unscheduled repair call-outs, while there has not actually been a breakdown.

Flamco basically aimed to start using a smart pressure sensor to predict the lifespan of expansion vessels fitted in central heating systems, two years ago. However, a market study revealed that central heating engineers were not interested in such devices.

They nevertheless proved keen to discover a means of reducing the incidence of unscheduled maintenance call-outs, which nibble away at their already dwindling profit margins.

Flamco and independent sensor supplier Sentech therefore jointly embarked on an open innovation process aimed at the development of a revolutionary product, based on a smart and highly accurate pressure sensor. The Flexcon Pressurisation Assistant with an automatic topping-up unit. The pressure sensor used is neither a high-pressure nor a low-pressure sensor.

Nowadays, the advanced pressure monitor in question is a common appearance on both wholesalers’ shelves and in the back of central heating engineers’ vans.

Red expansion vessel next to the boiler generally manufactured by Flamco

Most consumers are unaware that they possess Flamco products. The odds are that the red expansion vessel next to their central heating boiler will have been manufactured by Flamco. Flamco develops and manufactures installation products and fittings.

Flamco goes so far as to claim that every central heating engineer’s van contains at least one Flamco expansion vessel. It was the country’s installers, however, that passed the revolutionary idea of accurately monitoring the pressure in a central heating system on to Flamco.

Flamco went on to launch the concept as the Flexcon Pressurisation Assistant (PA) at the world’s largest construction & installation sector trade fair, the ISH 2017 in Frankfurt. The product features a smart pressure sensor supplied by Sentech.

R&D for the installation sector

Flamco’s R&D department is charged with the task of inventing tomorrow’s world. Its innovations focus on sustainability, efficiency and connectivity. A prime example of its sustainable products is the Vacumat Eco degasser, which prevents both damage to and malfunctions in central heating systems.

The boffins at Flamco’s R&D department are also responsible for the Flexcon PA, a cost-saving innovation which Flamco claims the installation sector was eagerly looking forward to. 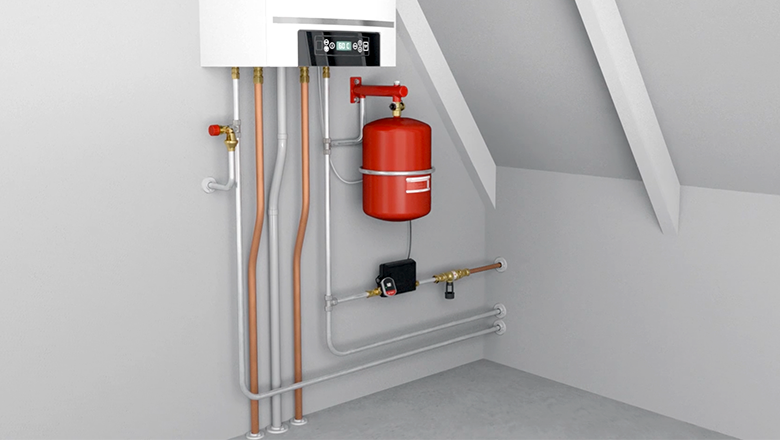 Flamco was trying to find a means of predicting the lifespan of expansion vessels. Such a vessel uses a cushion of air to compensate for the dynamic volume in the central heating system. However, this air cushion declines and the vessel’s membrane deteriorates during the course of its useful life.

Mr Reezigt: “An expansion vessel has an average lifespan of seven to ten years, whereas a Flamco vessel may actually last as long as fifteen years. Given our open attitude towards suppliers and installers, we thought that they would benefit from the ability to predict the lifespan of the expansion vessel. And the introduction of a pressure sensor application would enable us to warn them whenever an expansion vessel is due for replacement.”

When Flamco consulted the market, however, the installation sector proved to have little interest in such an automatic warning system, as Mr Reezigt explains: “The majority of installers simply replace an expansion vessel every five years, which is well within the technical service life. We nevertheless gained a great deal of valuable feedback, which enabled us to take a different tack using the same sensor technology.”

A loss of pressure in the central heating system is responsible for two out of every three unscheduled visits by engineers according to Mr Reezigt, who continues: “Installers and service technicians generally operate on the basis of service contracts, which imply that they receive no fee for call-outs to resolve breakdowns. In the vast majority of cases, however, the remedy consists of no more than simply topping up the system. Installers were therefore on the lookout for a solution that would reduce the incidence of unnecessary call-outs by automatically topping up heating systems.”

In his capacity as a product developer, Erik Hoenderkamp coordinated in-house development of the solution. Mr Hoenderkamp: “The Flexcon PA has proven a useful tool, in that it is capable of monitoring the pressure in the system highly accurately. We proceeded to combine this with an automatic topping-up unit, which can be supplied as an optional addition to the sensor.”

The measurement data recorded by the sensor is used for a mobile app which customers can download from the Apple Store or Google Play Store. “When initially installed, the unit actually screens the entire heating system. It becomes acquainted with the system on the basis of the subtle pressure fluctuations that occur throughout the heating cycle. It uses this data to calculate the ‘system’s toughness’ or rather, its specific behaviour,” the product developer explains.

The sensor then uses the figure calculated as a benchmark throughout its life span. Mr Hoenderkamp: “The pressure sensor has to remain invariably stable and reliable. It only measures minor pressure fluctuations. The unit is so smart, however, that it can monitor and predict a great deal on the basis of this data.” 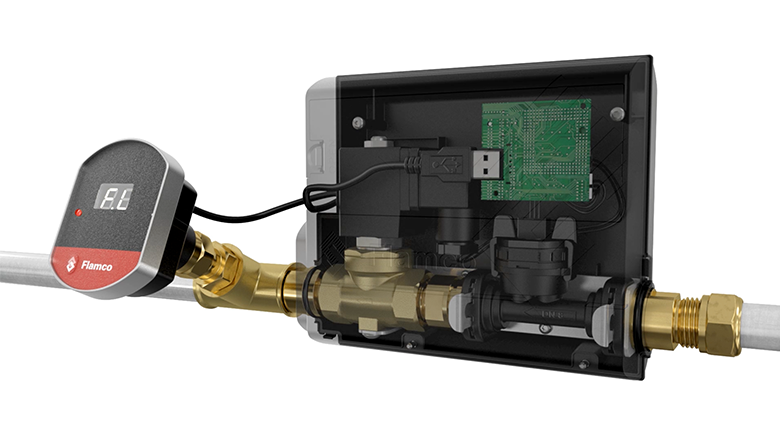 The Flexcon PA enables installers to monitor the pressure in a central heating system in the long term, and therefore to take timely preventive measures. The data accumulated by the app offers engineers a wealth of information.

The app can show the following, for instance:

The automatic topping-up unit makes things highly convenient for the installers and their customers alike. Mr Reezigt points out that installers can organise heating system maintenance far more efficiently thanks to the Flexcon PA.

At the beginning, Messrs Reezigt and Hoenderkamp knew neither the exact requirements that the product would have to meet, nor which sensor specifications would therefore be applicable. Sentech’s assistance therefore proved a godsend.

While attending a trade fair, Erik Hoenderkamp made the acquaintance of Rob Pieters, Account Manager at Sentech. It did not take the two long to arrange an appointment for a presentation at Sentech. Mr Reezigt: “Before we got in touch with Sentech, we thought to ourselves: ‘how difficult can it actually be?’ During the course of the presentation, however, we became aware of issues that we had never even considered. And that is when you realise that you simply do not possess the knowledge required.” Mr Hoenderkamp explains that Sentech went from being an independent sensor supplier to become “a true knowledge partner”, which led Flamco by the hand along the way.

Mr Hoenderkamp adds: “We developed the casing, interface, electronics and software around the pressure sensor. The Flexcon PA had to be ready for production before the ISH 2017 event.”

“During this open innovation process, Sentech and Flamco became very closely associated,” Mr Reezigt admits. “We realised that Sentech is a party that really knows its stuff. Despite our market position, we remain a relatively small firm. And this means that you need to find a flexible, yet decisive partner,” Mr Reezigt explains.

Following the initial talks with Flamco, Rob Pieters came up with an outline for the sensor solution, which Erik Hoenderkamp subsequently perfected. The following were the main challenges that had to be faced in the field of sensor development:

Mr Reezigt: “Wholesalers that purchase our products view our wide range as a major logistical advantage. This enables them to offer installers and building firms optimum service. The saleability of the Flexcon PA nevertheless depended very much on our ability to achieve the keenest possible price. Furthermore, regular adjustment of the scope proved an additional challenge. Not every partner can cope with such changes!” 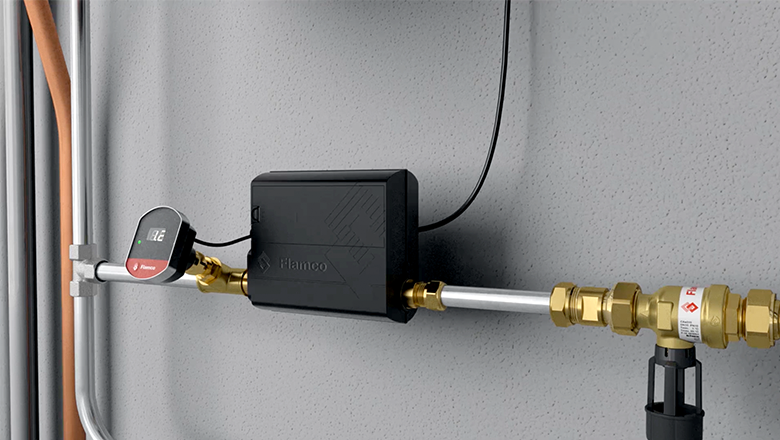 Customised sensors from the automotive sector

Mr Pieters elaborates: “We had yet to conceive a clear impression of what Flamco was looking for. I therefore began to think along the lines of sensor development on the basis of the objectives defined. What do I need, and where might I access something that is in keeping with the design? You don’t have to consider the issue very long to reach the conclusion that the automotive sector is the answer. After all, it manufactures large volumes and reliable products, while the firms involved are all ISO TS accredited. They appreciate what quality means.”

“All the specs, and the pros and cons were then listed,” Mr Pieters continues. “The names of increasing numbers of potential candidates were therefore scored out as the process continued. I ended up opting for a firm in China, which manufactures sensors for automobile water cooling systems. Pressure measurement in such a system is largely comparable to that in a central heating system,” Mr Pieters explains.

Mr Reezigt: “Sentech has proven a reliable knowledge partner to us. Sentech is also highly flexible. It was such a pleasant experience to witness Sentech totally going for it. Its Managing Director Marcel Figge’s enthusiasm is also infectious.”

Mr Hoenderkamp elaborates: “Sticking to one’s agreements is crucial during such a development process. You don’t want any unpleasant surprises as the deadline steadily draws closer. The product simply had to be available before the ISH opened. We felt confident throughout the process that it could be achieved, thankfully.”

Mr Pieters responds: “You might think up something marvellous, but in the end you have to be able to sell the finished product to the market. What’s more, a considerable measure of integration skill is required to achieve Bluetooth communication with an app. We succeeded in putting together a sound business case, despite the highly substantial requirements applicable.”

During the development process, Sentech and Flamco refined the sensor specifications to come up with Proof of Concept. Rob Pieters nevertheless admits that one always encounters several additional challenges, such as the fine tuning of the sensor’s EMC sensitivity in this case.

Mr Pieters explains: “Interference from electromagnetic radiation proved to be causing too much fluctuation in the measurement of subtle pressure changes. We nevertheless managed to minimise the electromagnetic interference by redesigning the sensor circuit and implementing additional software filtering. The demo version therefore passed the test with flying colours.”

Onward to the next sensor development project

The Flexcon PA now occupies the wholesalers’ shelves, and is therefore being supplied to installers and their customers. Mr Reezigt: “It is suitable for central heating systems with capacities up to 45 kW. These are the sorts of systems fitted in people’s homes and small offices. However, there is also steadily increasing demand for a larger version suitable for use in much larger buildings.”

Plans have therefore been drafted to further develop the application for use in not only major systems, but also hybrid heating systems. “In this regard, the future appears quite bright for our partnership with Sentech,” Mr Reezigt concluded.

Prevention by means of innovation

Flamco launched an open innovation process, and ultimately devised the best possible solution with Sentech’s assistance. Are you also on the lookout for good sensor tools with which to improve the maintenance and service that you provide?

Or are you worried about the high incidence of unscheduled maintenance call-outs?

Take preventive measures straight away by sharing your challenge! 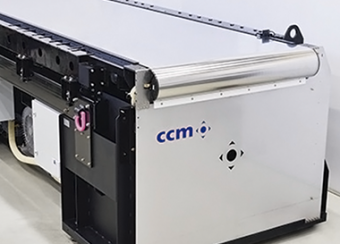 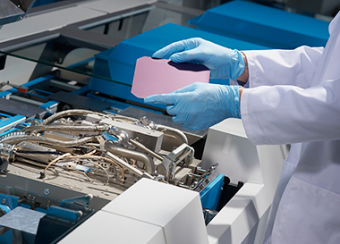 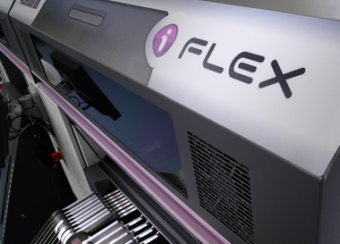 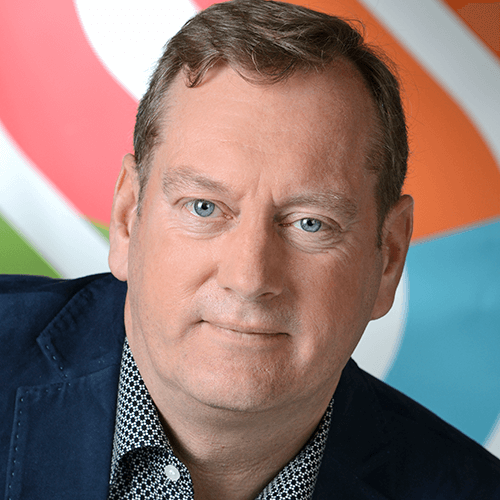 "You might think up something marvellous, but in the end you have to be able to sell the finished product to the market. "

“Despite our position in the market, we are still fairly small. You need a flexible but bold partner!” 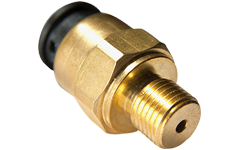